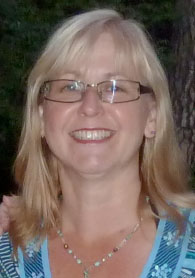 Centre Manager Maureen Richardson is celebrating the award in the New Year’s Honours list of the British Empire Medal (BEM).  This is a great and much deserved reward for all her hard work in winning funding for The Centre and for her continuing commitment to managing and running  it.

Only 286 people around the country received this award in the New Year’s list, so it’s a very special achievement for Maureen and great also for The Centre.  Maureen’s award is ‘For services to the community in Halton, Lancashire’.

Maureen has said:
“ I was really surprised and excited to hear the news that I had been awarded the British Empire Medal in the New Year’s Honours list. I’m really proud of The Centre and all the things we have achieved for our community.

It’s one thing to have ideas but they couldn’t have been fulfilled without the support of our Committee, volunteers and community.  It is a great place to be involved in. I’m looking forward to completing the kitchen which is the final element of our original project.

I feel now that the pressure is off and we can start to enjoy the place, putting on social events and encourage community groups to develop.

I would like to encourage people to come forward to volunteer a couple of hours whether it’s in the coffee shop, organising events, day-to-day running of The Centre or with specific projects to improve the recreational area or the building. It’s a great way to get involved and feel part of a community.”

The BEM is awarded for meritorious civil or military service worthy of recognition by the Crown. Recipients are entitled to use the post-nominal letters “BEM” and it is divided into civil and military medals in a similar way to the Order of the British Empire itself. The BEM was awarded to UK subjects until 1992, after which time it lay in abeyance in the UK.  It was brought out of abeyance in June 2012, specifically for the Queen’s Diamond Jubilee – which it makes it very appropriate for Maureen who put so much effort and time into organising the Halton Happening to celebrate the Jubilee.

For newspaper reports of Maureen’s award, see the January 2013 press items on
https://www.haltoncentre.org/about/in-the-media/