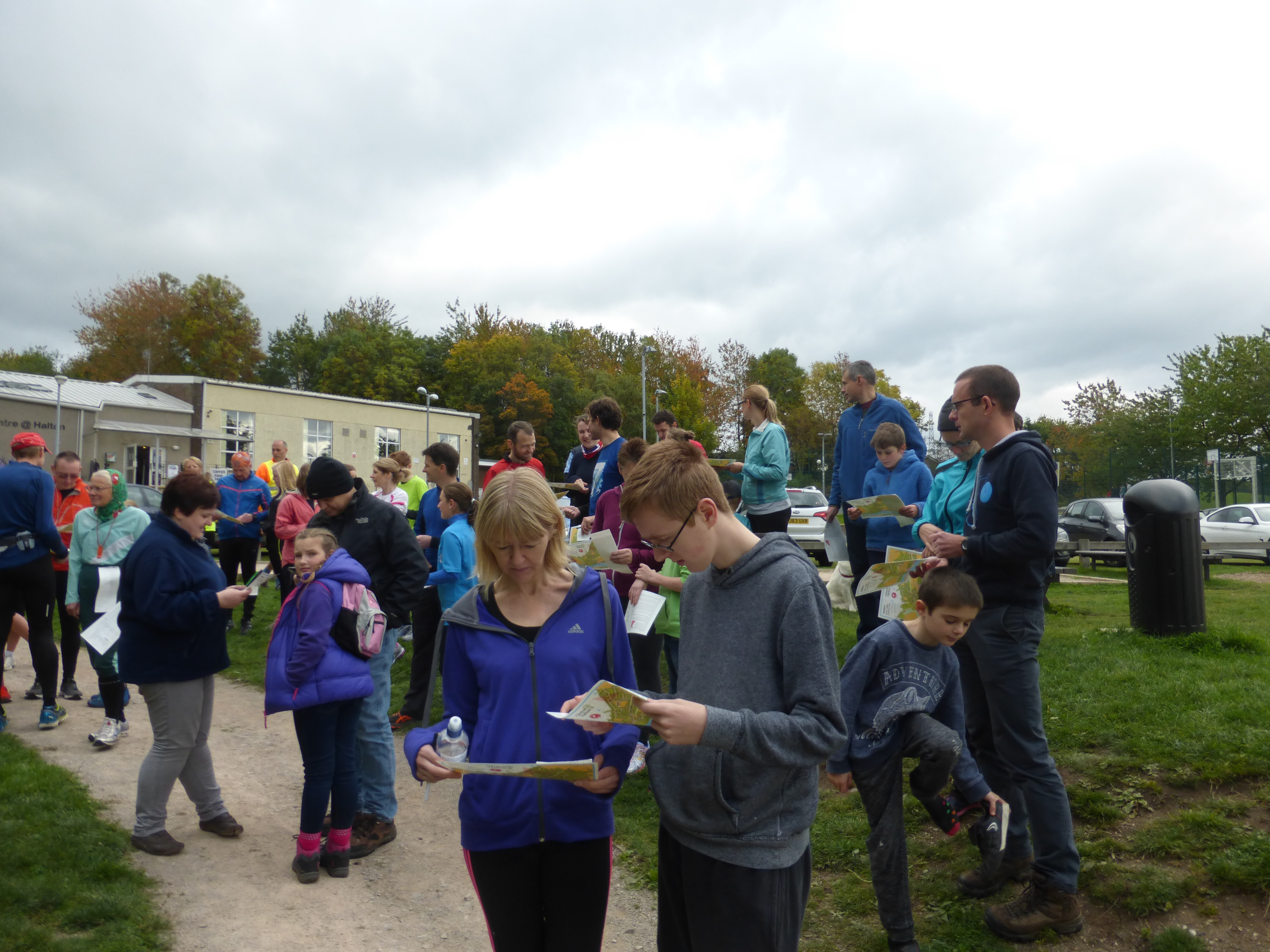 Blessed with fine weather, the official launch for the permanent orienteering route for the village of Halton was a great success on Saturday October 17th. . The event was organised jointly by The Centre @Halton and South Ribble Orienteering Club (SROC) with the route map being developed by SROC.

Orienteering is an activity which combines route finding and map reading with jogging or running and is a great activity for families and all ages.

Over 50 adults and juniors very much enjoyed the great scenery in Halton and the chance,  in just under an hour, to find the markers in the fine weather.  There were prizes for winning adults (David Hunt and Anna Harrison), best novices (James Edwards and Rhian Davies) and best under 16 girl (Libby Elliott) and boy (John Bardsley) with a special presentation being made to Chris Roberts, main organiser from SROC.

Chairman of the Centre, Brian Jefferson, said:
“The development of the route has been on the Halton agenda for some years and we are delighted that with the hard work of SROC and helpers in the village we are able to launch it today.

Thank you to all those who’ve contributed and to everyone who took part today and enjoyed the route. Thanks especially to Norman Wilson, Garry Bretherton, Liz Davidson and Ailsa Gibson who installed the permanent markers ”

The route map (on waterproof paper) is now available for sale for only £1 from the Coffee Shop at The Centre during opening hours.  Because of heavy traffic on some of the roads used, anyone under 16 should be accompanied by someone 16 or over